Wolfgang and Team joined EKS on Safari from Austria. We settled in at one of our luxury lodges. We had a few shots with the rifles in the afternoon to be ready for the next dayâ€™s hunting. 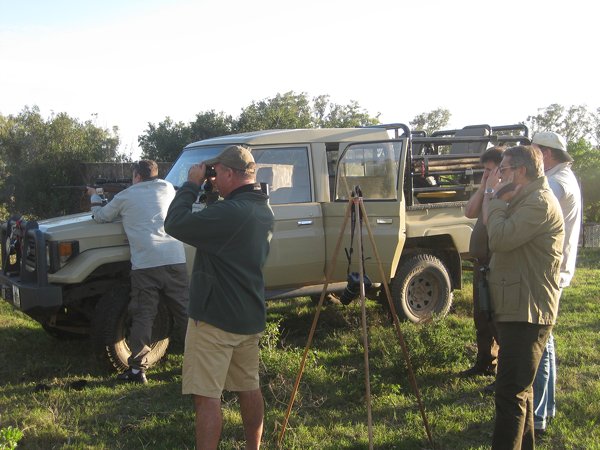 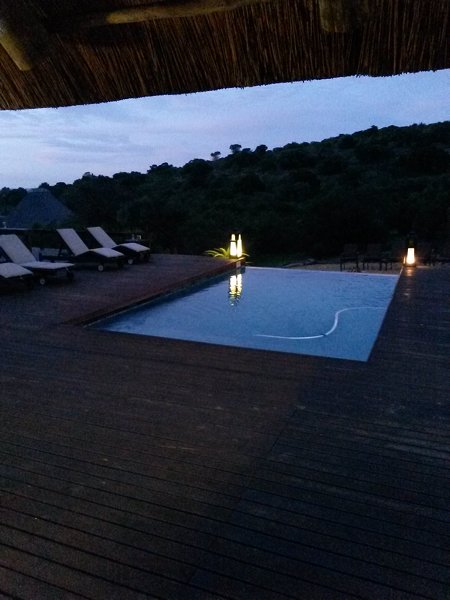 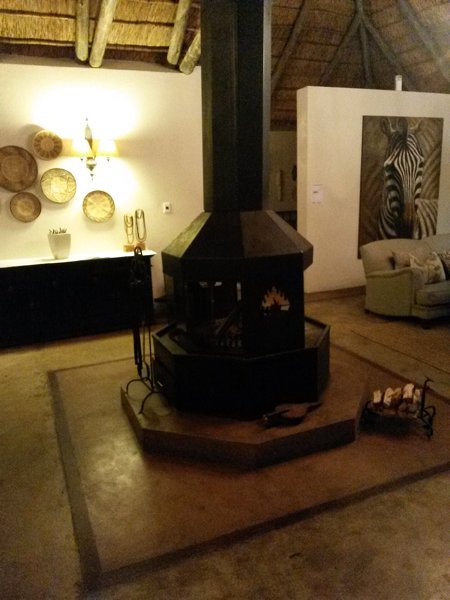 Wolfgand and Karl hunted together for the next 4 days. Day 1 was overcast with intermittent rain. Karl and Wolfgang both wanted an impala so we headed to an area close by where I had seen a magnificent impala ram the previous day. We were up early and began scouting in the area. After driving and scouting for some time we spotted the big ram on his own. Myself and Karl put in a short stalk and excellent impala taken. 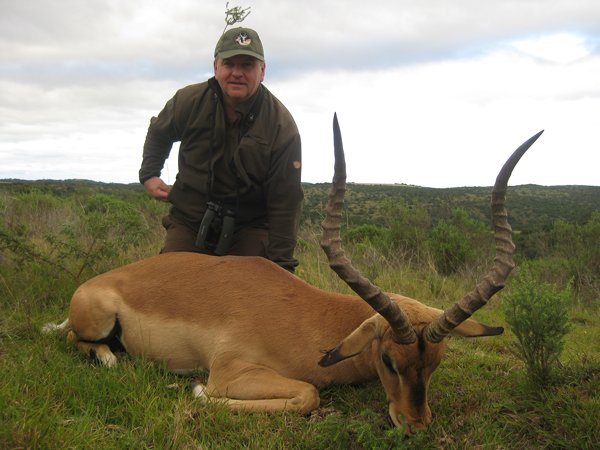 After a light lunch we set off after a springbuck for Wolgang. During lunch this kudu was spotted close to the lodge !! 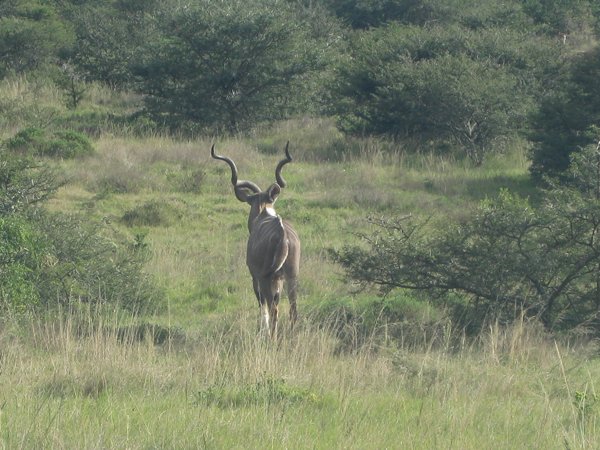 The weather was not great which made hunting conditions difficult. The springbuck won the afternoon round and we came home empty handed.

Days 2 we were back after springbuck - picking out a good ram in a big herd is always difficult and around 12.30pm we retired for a bush lunch. We were hungry after a fair bit of walking. 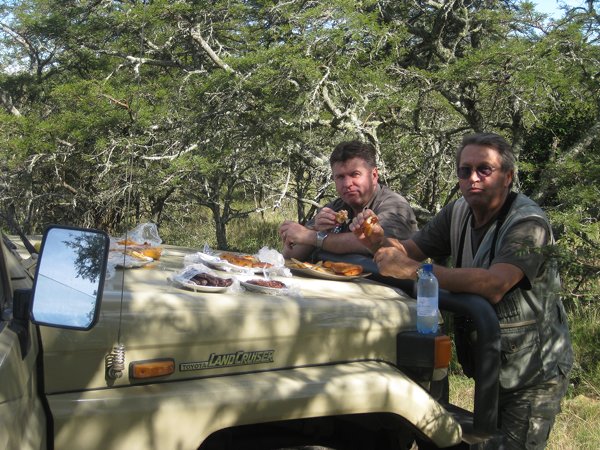 The afternoon myself and Karl walked the plains and eventually we were able to get close to a small bachelor group of springbuck rams. Karl made a long shot and the ram went down in his tracks. An excellent ram - well done Karl ! 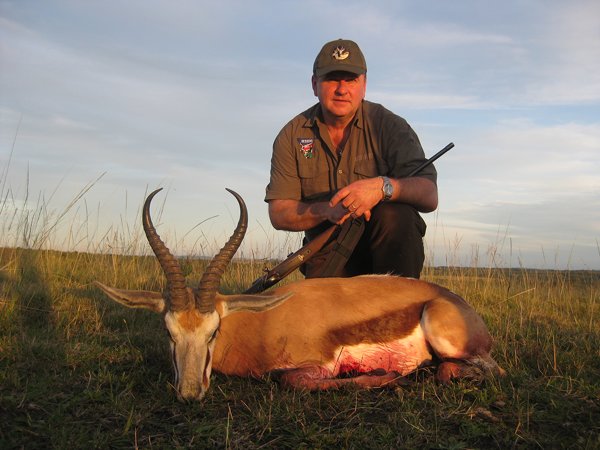 Day 3 we were after blesbuck. Again the weather was gloomy with light drizzle - we were hunting 8000 hectares with large herds of these elusive animals. Using the tree lines myself and Wolfgang made a great stalk onto two big blesbuck rams. Wolfgand made an excellent shot. 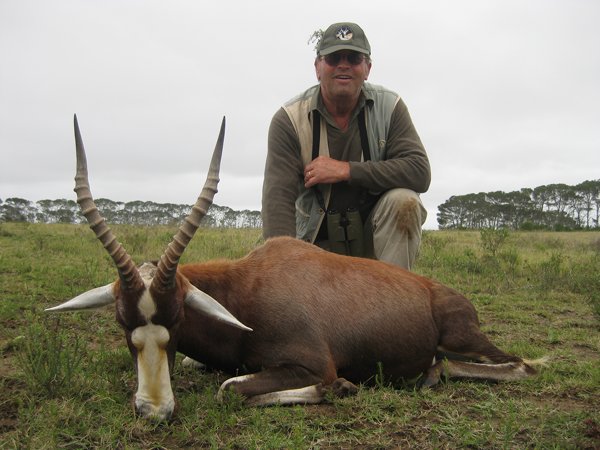 Karl also wanted a blesbuck. After the photos and loading up we were back on the track for another one. The blesbuck were now wide awake and watching us from a good distance. We moved to another area and were lucky when a herd walked onto us. Karl took this fine ram. 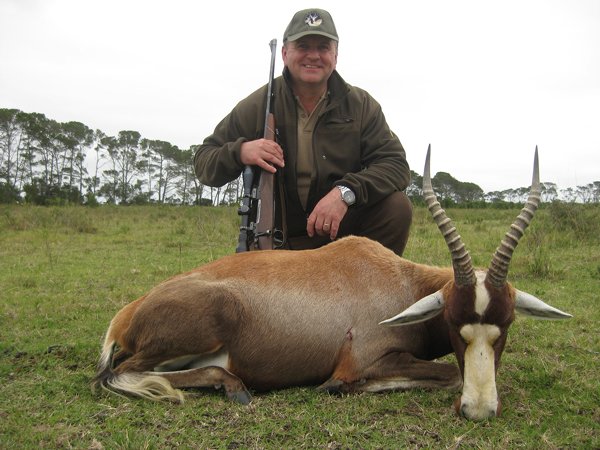 It was now mid afternoon and we still had our sights set on an impala for Wolgang for the afternoon. We headed to one of our favourite impala concessions close by and not far in, Wolgang had this ram bagged. Three trophies for the day - Good hunting guys ! 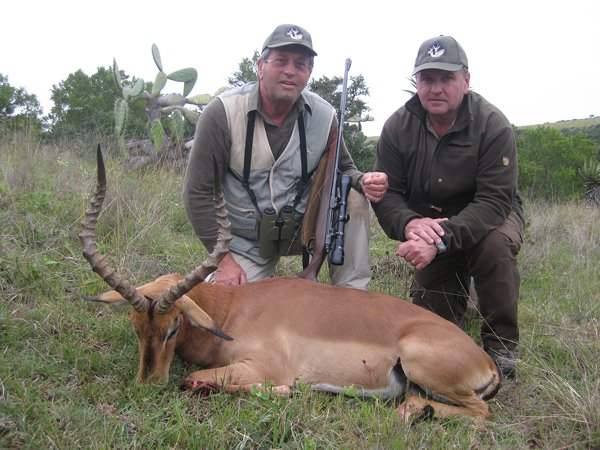 Day 4 - Kudu and black wildebees on the list. The valleys were misted for most of the morning making it difficult to see anything. As soon as the mist lifted the temp rose very quickly and kudu were off the list. We spotted one lone black wildebees bull and Karl and I set off on foot. With a mountain zebra interfering with our stalk, this didn't prove to be that easy, but eventually we got this magnificent bull. 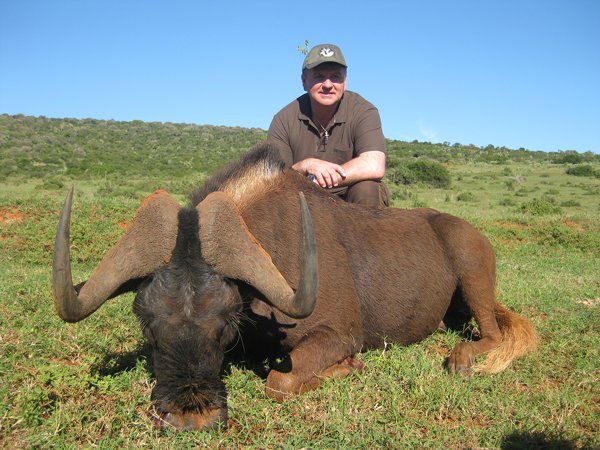 The hunterâ€™s spirits could not be dampened by the weather, and each evening provided some good festivities!! We finished the safari with a traditional Boma braai (barbeque) and the lodge staff singing around the fire !! Thanks for hunting with us. Till we meet again !!!