Toni Torok won our annual competition for 2015. He had no hesitation in accepting his free prize. Toni runs a hunting operation in Hungary and was keen to see how we do things down this part of the world. Early evening of the 21st June I picked Toni up at the airport and we headed straight out to the lodge. 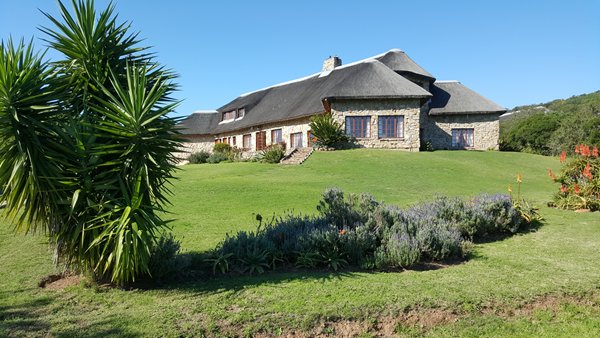 We arrived at the lodge around 8.30 pm and enjoyed a meal and some wine before going to bed. On the prize list was a blue or black wildebees, blesbuck and impala. Toni said that he would prefer to shoot a black wildebees especially that it was unique to South Africa.

The morning we started with blesbuck - unfortunately came up empty handed and had a relaxing lunch at the lodge. The afternoon we decided to go after black wildebess on one of the concessions close to us. It was early afternoon as we entered the hunting area and not to long when my tracker tapped on the roof and whispered to me that he had just spotted a bushbuck. Toni was keen so I glassed to see how big it was - I had no hesitation in calling Toni and we said up the sticks and we had this magnificent old bushbuck ram ! 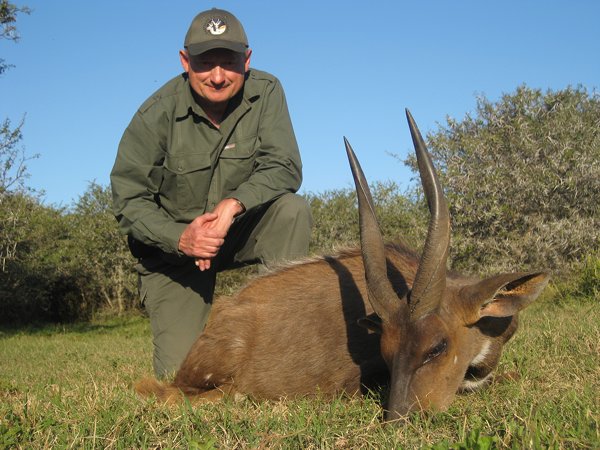 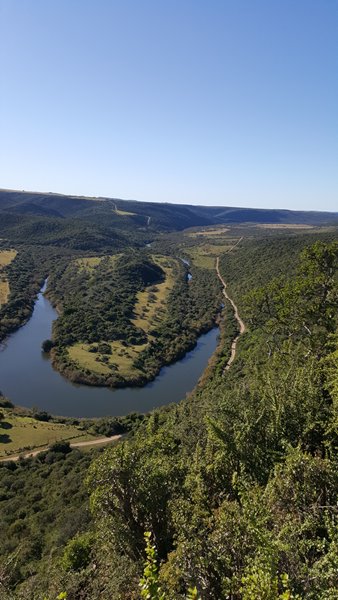 The view overlooking the property we hunted the bushbuck on. The afternoon we spent looking around for a decent impala or black wildebees but ran out of daylight.

The next morning we headed back to look for impala and black wildebees again - we spotted 3 bulls on the plain and put in a good stalk. Getting up close they spotted us and got into their snorting routine. We ducked down low and waited patiently for them to settle. 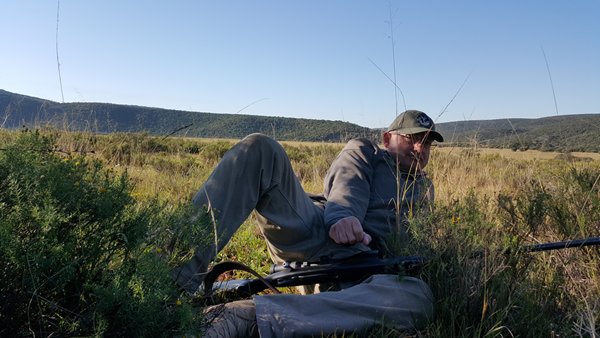 The wildebees did settle down and we got ready to shoot - Toni made a great shot and got this huge old bull. 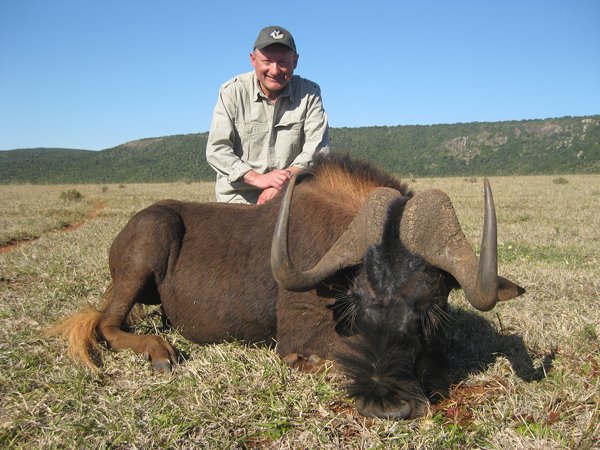 The next morning we were after the wily old blesbuck. We went on a few long walks before we accidently bumped in a small herd. The wind was quite strong but perfect and luckily the herd never spotted us. We crept slowly around some low shrub trees and Toni was able to take this nice old blesbuck ram. 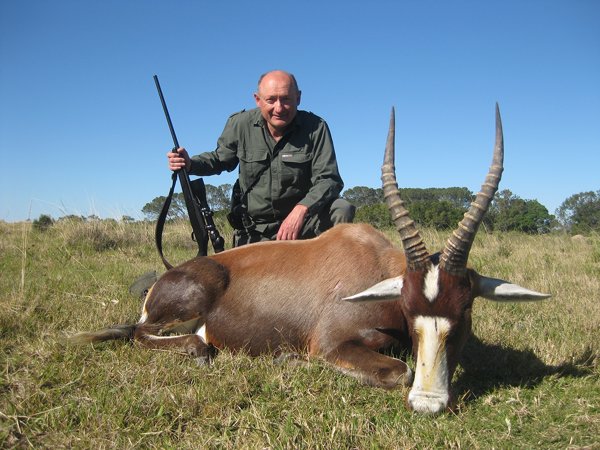 The afternoon we spent looking for impala but didn't find anything decent.

Last day of hunting and we were looking for an impala. It wasn't long into the morning and we spotted a lone ram on his own. Ideal situation for a good stalk. We approached into the wind and unfortunately he spotted us before we spotted him. He had a brief look at us and made a run for it. Just before entering the bush he stopped for a second and Toni made a great snap shot. A very nice ram ! 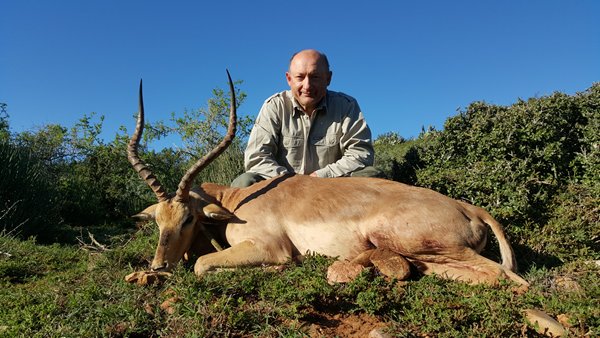 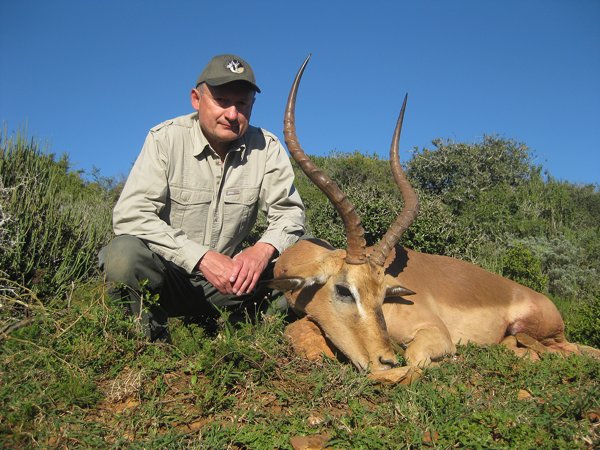 Thank you Toni for entering our annual competition and hunting with Eastcape & Karoo Safaris. It was a pleasure hunting with you and look forward to seeing you again sometime in the future.