Terry and Monica joined Eastcape & Karoo Safaris from the USA

Terry and Monica joined Eastcape & Karoo Safaris in South Africa for a 5 day hunting safari on the 21 st March 2017.

Terry and Monica are from the USA.

Terryâ€™s wish list included bushbuck amongst other animals, so after arriving at the lodge, having a light lunch, and having a few sighters at the range to loosen up, we set off to see if we could find an elusive shy bushbuck ram trophy. 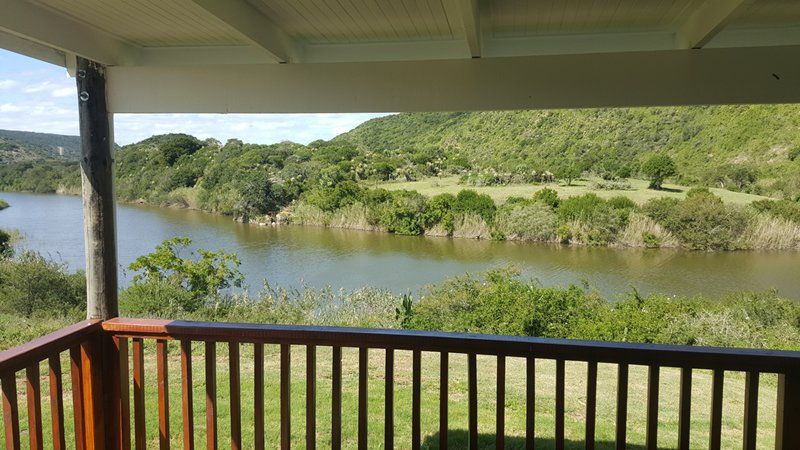 We had spotters at several locations where we thought the bushbuck would venture out to graze in the late evening. Terry and I were walking to an advantage point in the bush where we spotted a magnificent nyala bull. He was grazing with a few other nyala ewes. We decided to stick to our plan and quietly moved away and got to our advantage point where we scouted the area in search of a bushbuck ram.

One of the other spotters called us on the radio to say that he had seen 3 bushbuck rams grazing, so we set off to where the spotter had seen the bushbuck. On the way back to the truck, we spotted the same magnificent nyala bull, and it hadnâ€™t noticed us approaching. He was such a great specimen that Terry decided to try hunt him. We stalked a bit closer, and Terry took a great shot with a 270 Sako rifle. Well done Terry, he really is a magnificent Bull!! 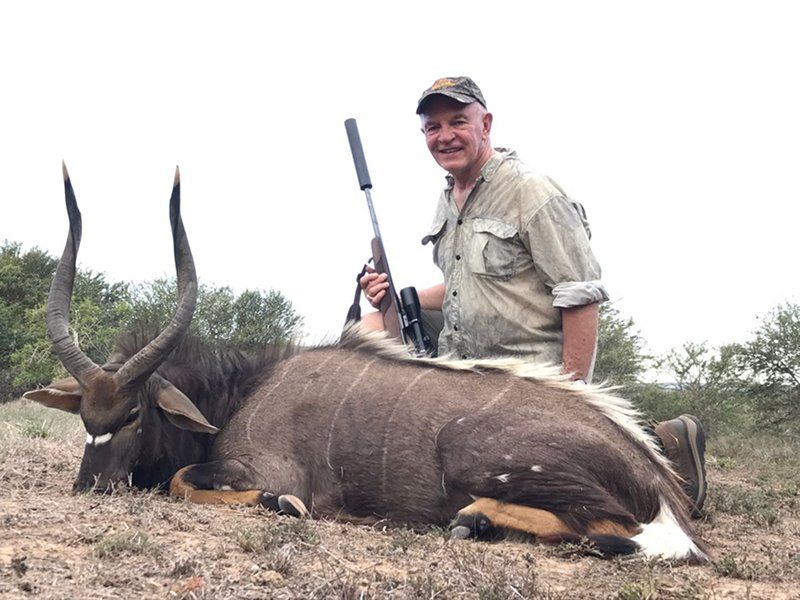 Day 2 we were out again looking for a bushbuck. We stopped the truck upwind from a field where a few rams had been spotted the previous day. We made a sneak up the side of the field and spotted two rams out in the field. One of the rams was mature and we decided to get closer - At first attempt I set up the sticks .... the ram moved and we couldnâ€™t get a shot. A kudu to our right saw us and gave us away. Both rams went bounding into the bush. We moved on and it hadnâ€™t been half an hour and my tracker called me on the radio and said the bigger ram had come back out into the field. We did another tiring stalk through thick brush to get closer. We closer to within 100yards and Terry took this beautiful old ram.

The evening we were trying for a bushpig. The pigs were feeding and the first night out the wind was swirling a bit and no luck. 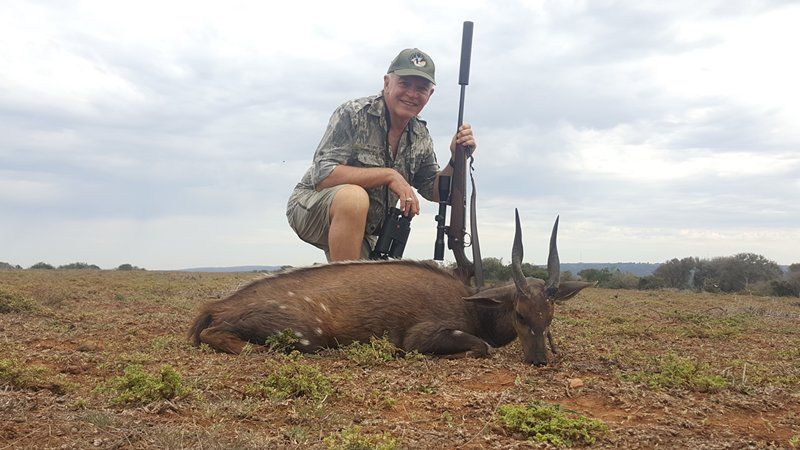 We were really having some testing weather. Temperatures in the last day or two had been up to 45 Deg C and now the rain was coming. After seeing some bontebok around, Terry decided he wanted one. We went after a bachelor herd of three rams and Terry made another great shot on this beauty. 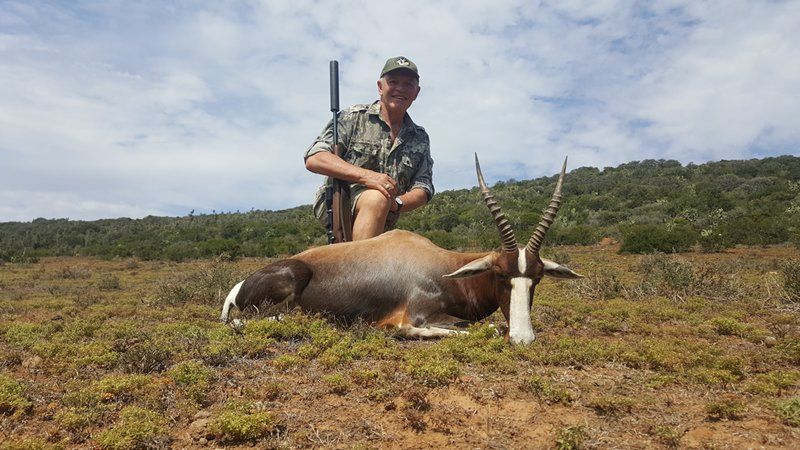 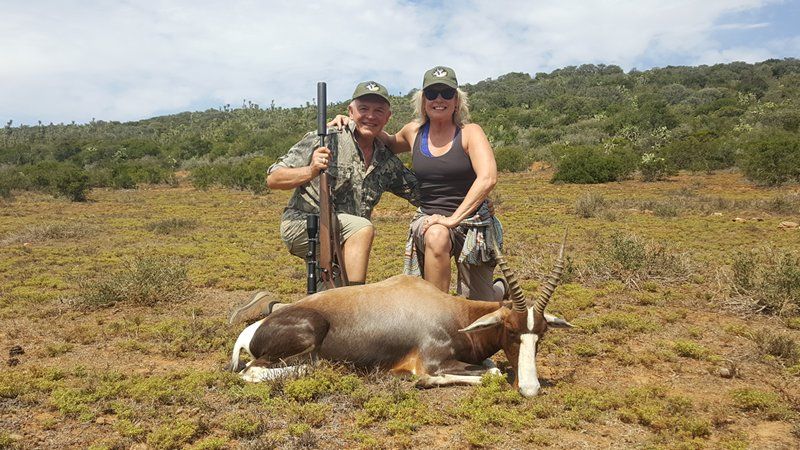 Terry and Monica enjoying the view from the top ! 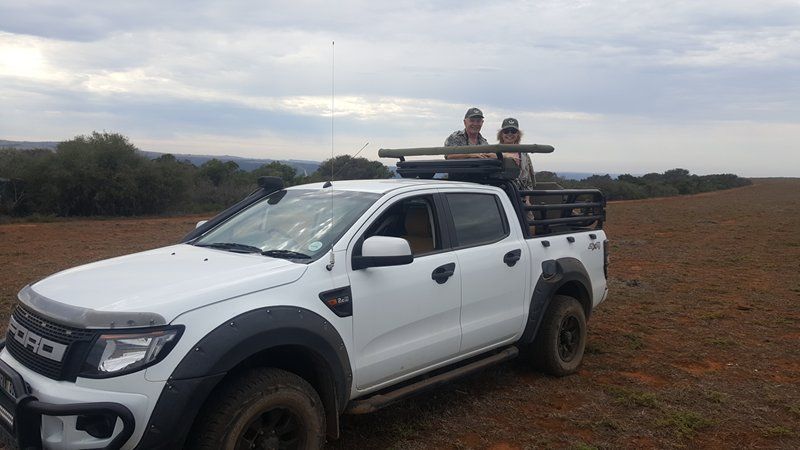 Rain had interrupted our hunting for a while so we decided to head down closer to the coast to hunt a burchels zebra. On route it was raining quite hard and suddenly cleared when we got there giving us some awesome hunting weather. 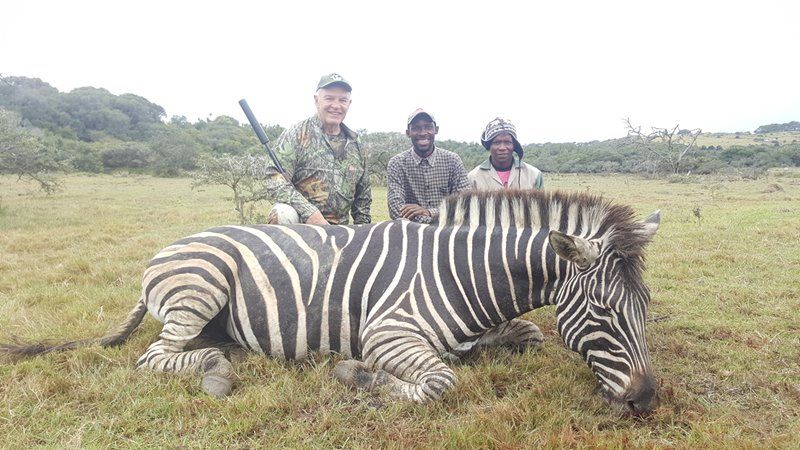 This bullet penetrated the skin and was found lodged in between the ribs !! This was Terryâ€™s first shot and we were surprised to see this Zebra running around as if nothing had happened. 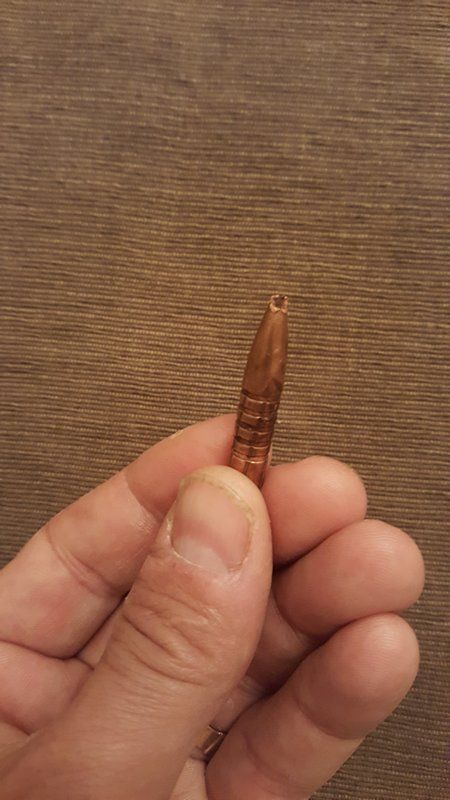 After dropping the animal off for skinning and a short rest myself and Terry were back out sitting for bushpig. What seemed like perfect weather changed very quickly and soon we were running for cover to the truck. Match rained out!

The last day we had set aside for some horse riding â€“ Terry and Monica love horse riding and a ride on the beach was something they had never done. The weather played along and we had an awesome ride. With no one around and breathtaking scenery this was really special. 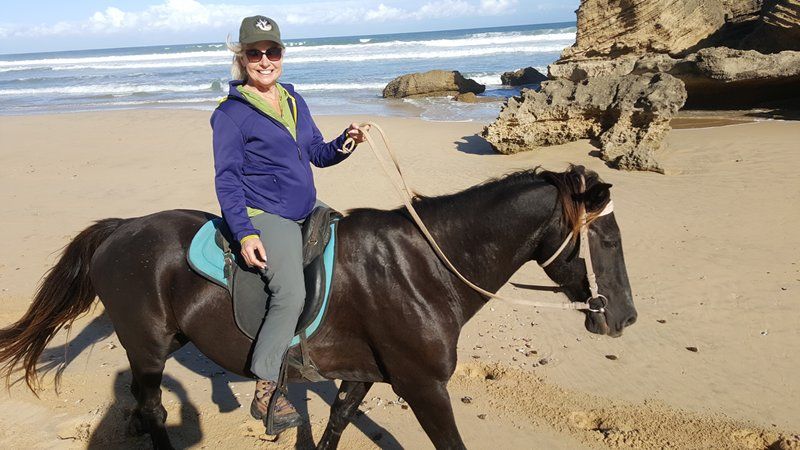 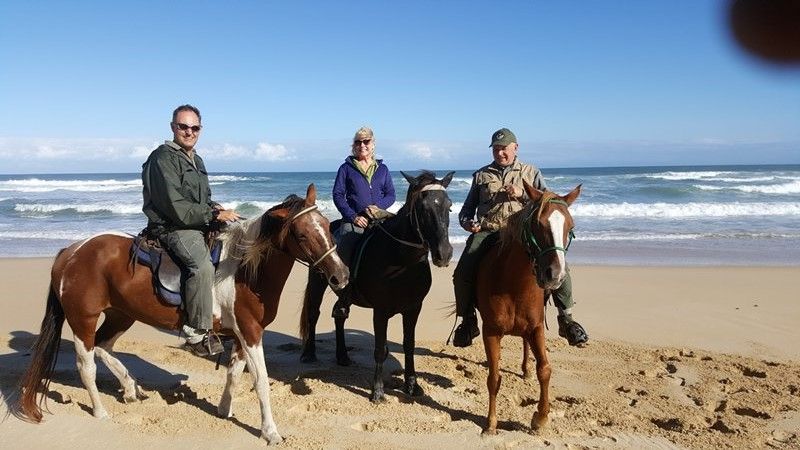 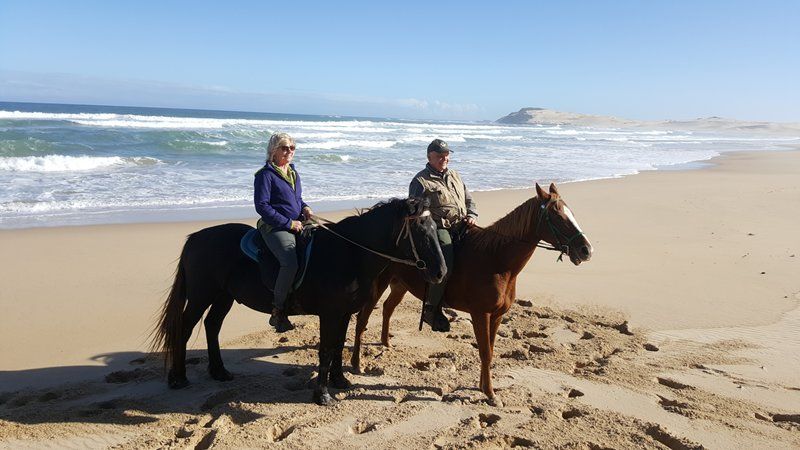 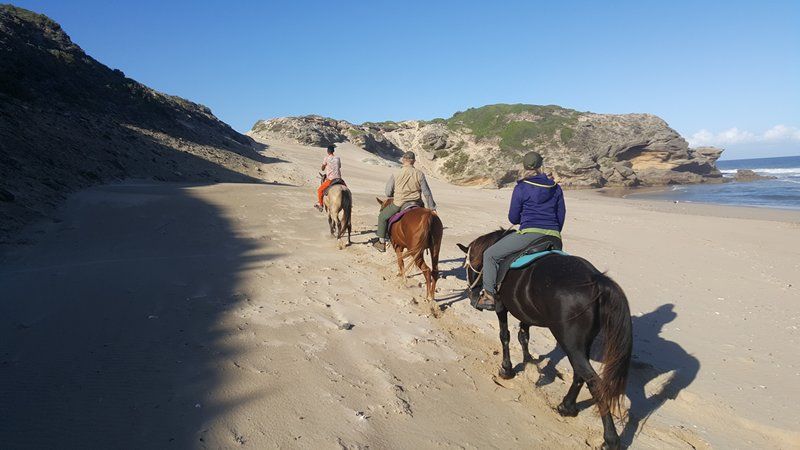 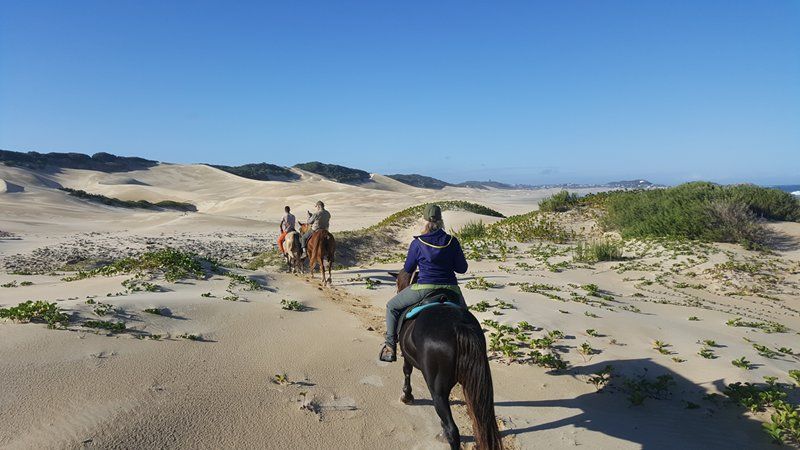 Last night we were out again for the bushpig â€“ but no luck. We headed home to a tasty barbecue dinner and enjoyed some red wine around the fire. On the way back to the airport we had a very brief look around the Addo Elephant park and were soon saying our goodbyes after a trip that was too short!

Thank you Terry and Monica for visiting with us. It was a pleasure having you and we hope to see you guys soon again.