Mark and Kristen flew in from Cape Town after spending a few days with family. We picked up at the airport around lunch time and headed straight out to camp. We got to camp around 4pm with fairly cool weather for this time of the year. At the shooting range Mark was spot on - so we went looking for a blesbuck to wet the appetite.

Mark at the shooting range. 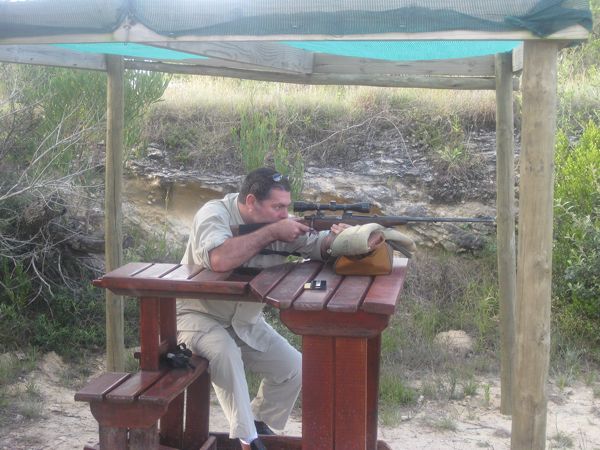 After looking for 1/2 hour we found a small herd of blesbuck rams - two attempted stalks and our time was up. They had outsmarted us. We called it a day and went back to enjoy our first evening in camp.

Mark and Kristen in front of our lodge. 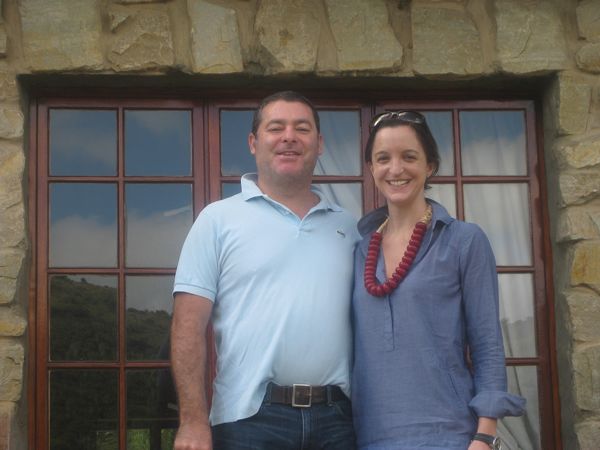 Day 1 - Hunting in summer makes the days a whole lot longer - we awoke at 4am, headed out with some coffee. Seemed a bit early to have breakfast ! Mark had set his sights on an eland or kudu. We arrived at our leopard Ridge concession and we decided to head for the top of the mountain to get a better view of the area. The view from here is amazing and spotting is made much easier. As we approached the top - we stopped the vehicle and decided to walk quietly to the top to check if anything wasn't feeding on the open plateau.

As luck would have it, a large herd of waterbuck which contained 3 big bulls were feeding directly towards us. We had to be super quiet and sat waiting. We were patient and within an hour Mark had made a great shot on this huge waterbuck bull - a superb trophy to start his safari ! 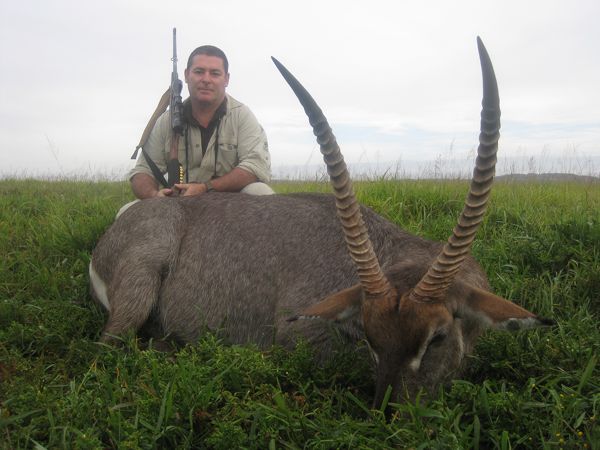 Glassing from the top of the mountain we spotted a monster eland moving slowly toward the thick cover. He had been with the herd but was now heading for cover. We moved as quickly as we could, but by the time we got to where we had spotted him earlier, he had dissapeared. I said to Mark that we should leave him for the afternoon and see if he comes out later.

A view from the top. 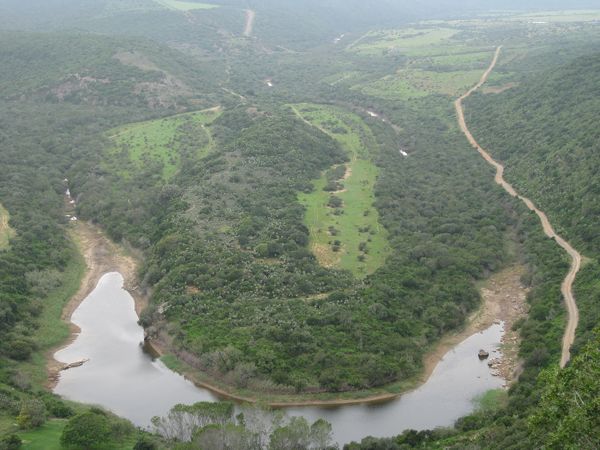 Day 2 - Another early start 4am and we were going again. I indicated to Mark that from the direction the eland had been feeding yesterday, I felt he was  moving up the mountain to the top and that we should start there. We again approached the top for a long way out - quietly sneaking in. Two hartebees bulls saw us before we saw them and gave a loud snort to indicate that we had been busted. I glassed and checked that both bulls were shooters - Mark was keen but they moved just out of range making a shot difficult. We were now stuck - any movement would send the animals running and scaring off any possibllity of the eland over the hill. We stood motionless - more waterbuck approached and we had to be very still. We were surrounded by animals. We sat and waited not able to move. The next thing all the animals turned and looked in one direction - we couldn't see anything. All of a sudden this massive eland bull comes over the hill straight towards us. We couldn't believe it - as he approached we got set up. He came closer and closer - at 90yards, Mark fired. A solid hit and we followed up running. We came over the hill and there was this magnificent animal. A truly majestic trophy. 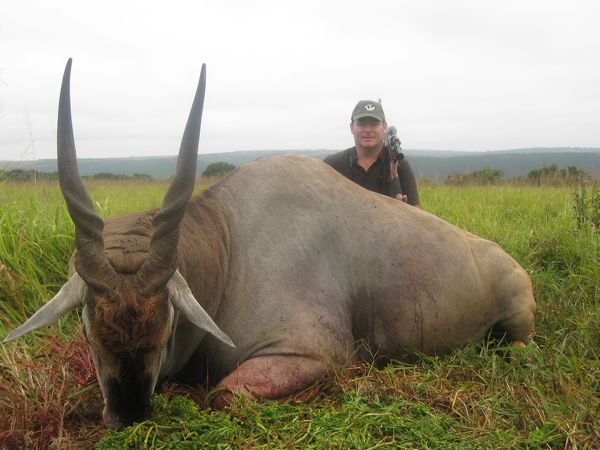 Getting this beast onto the truck was another story !

"Hunting with Ashley was a real pleasure . The experience was as natural a hunt as it gets. The landscape  is superb and the game plentiful"
Mark Zeff