John, our Eastcape & Karoo Safaris 2019 competiton winner joined us on safari during July 2019

John our 2019 competition winner joined us on safari during July 2019. We were very fortunate that we were able to hunt two different concessions with John. We hunted in our coastal concession for the first few days, and were fortunate to hunt the following species, bushbuck, impala, blesbuck and black wildebeest.

John put in some great shot placements with our 7mm rem magnum. 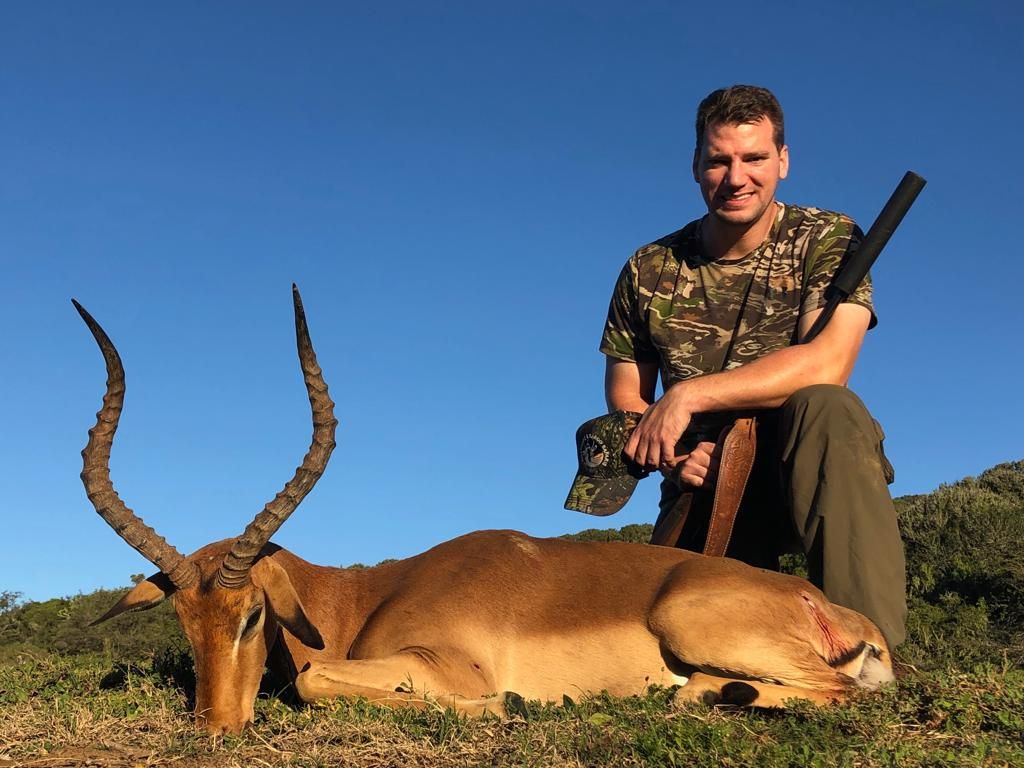 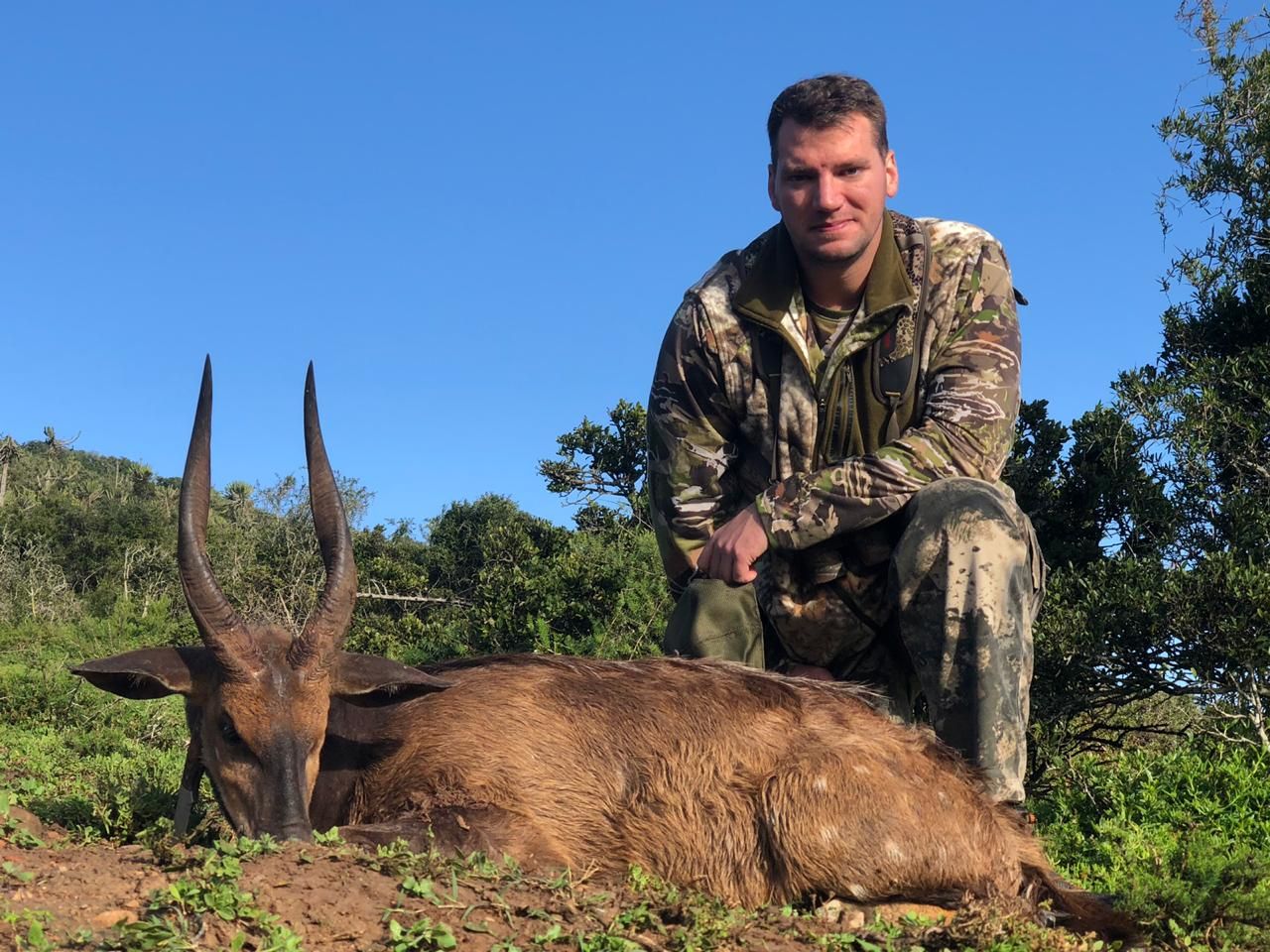 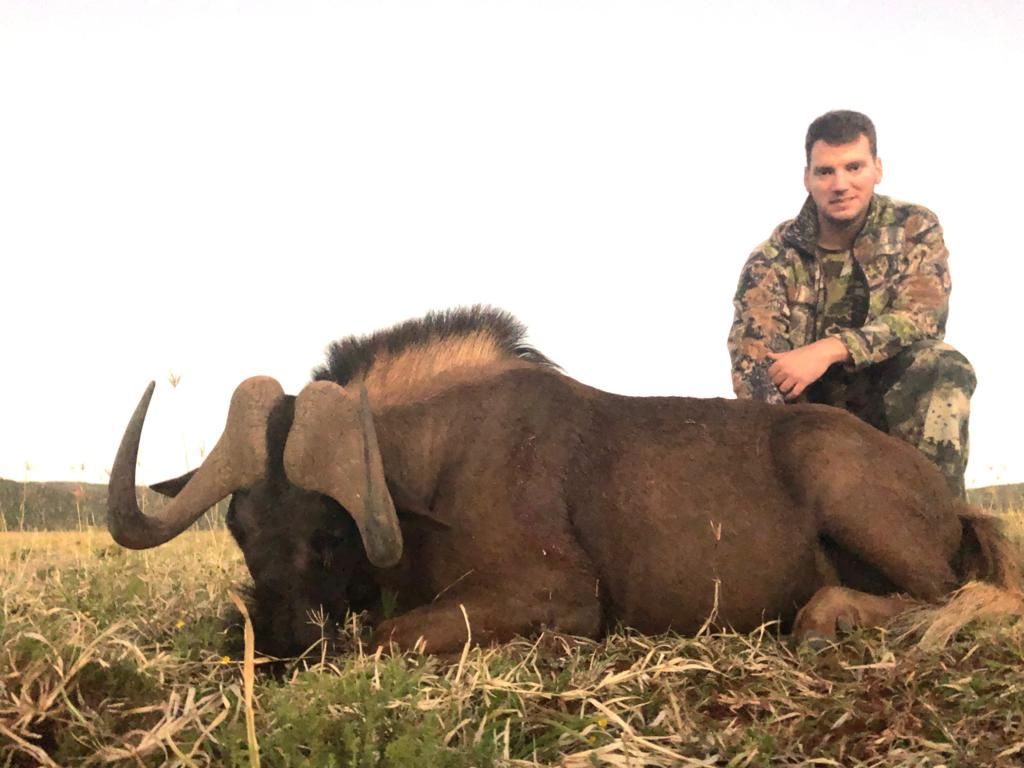 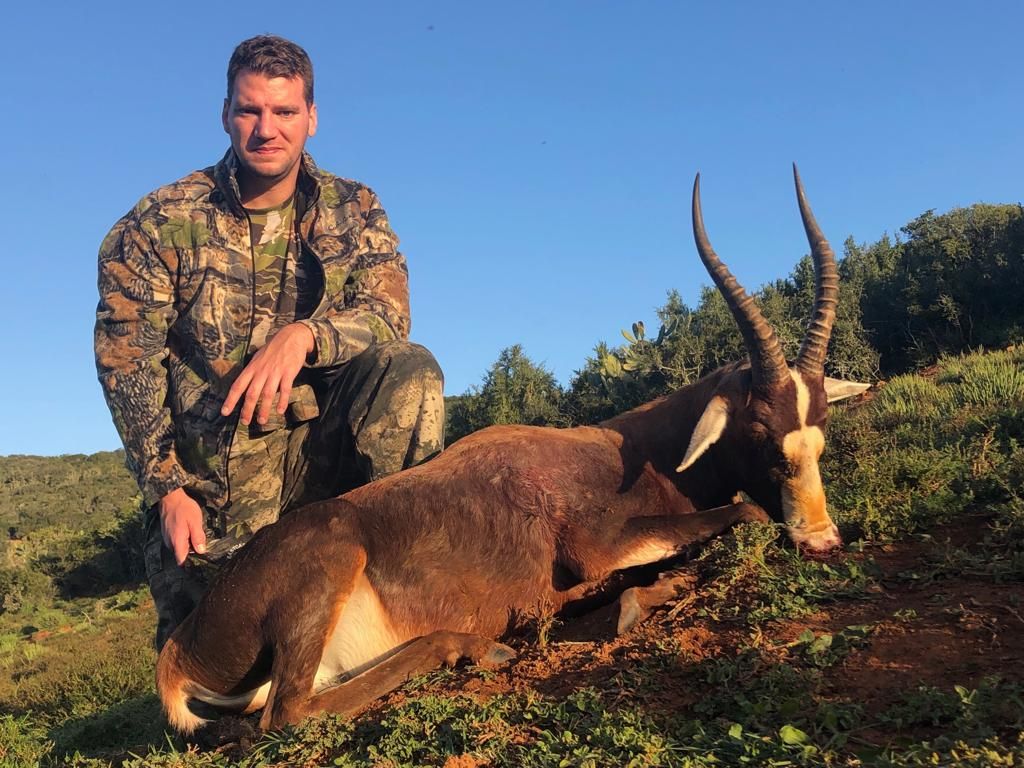 We then set off into the mountainous area of the Eastern Cape, to try hunt the ever watchful Vaal rhebuck and mountain reedbuck. We spent most of the first day stalking in the cold icy mountains, and were finally rewarded with a great Vaal rhebuck. Hard work paid off, or as they say, ‘the harder you try, the luckier you get’!! 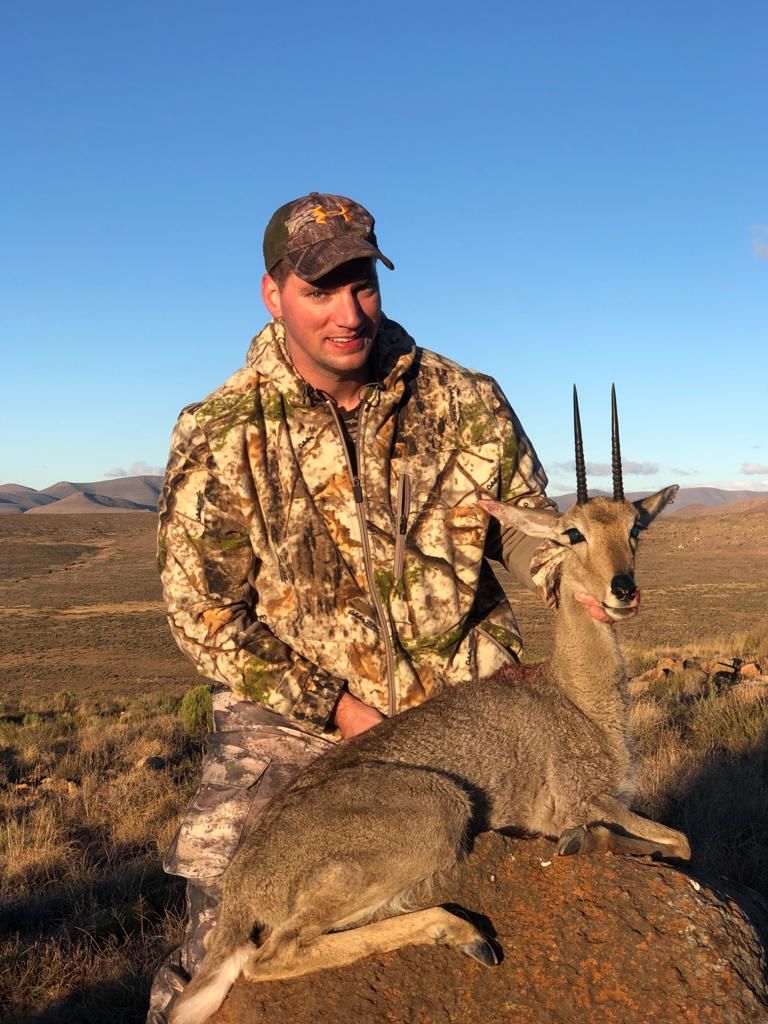 We spent a great evening around the fire at our mountain concession lodge, and set off early the next morning in pursuit of mountain reedbuck. We surprised a small group of Mountain reedbuck sunning themselves in the early morning, and John put in a great quick shot to take a beautiful ram. Well done John!! 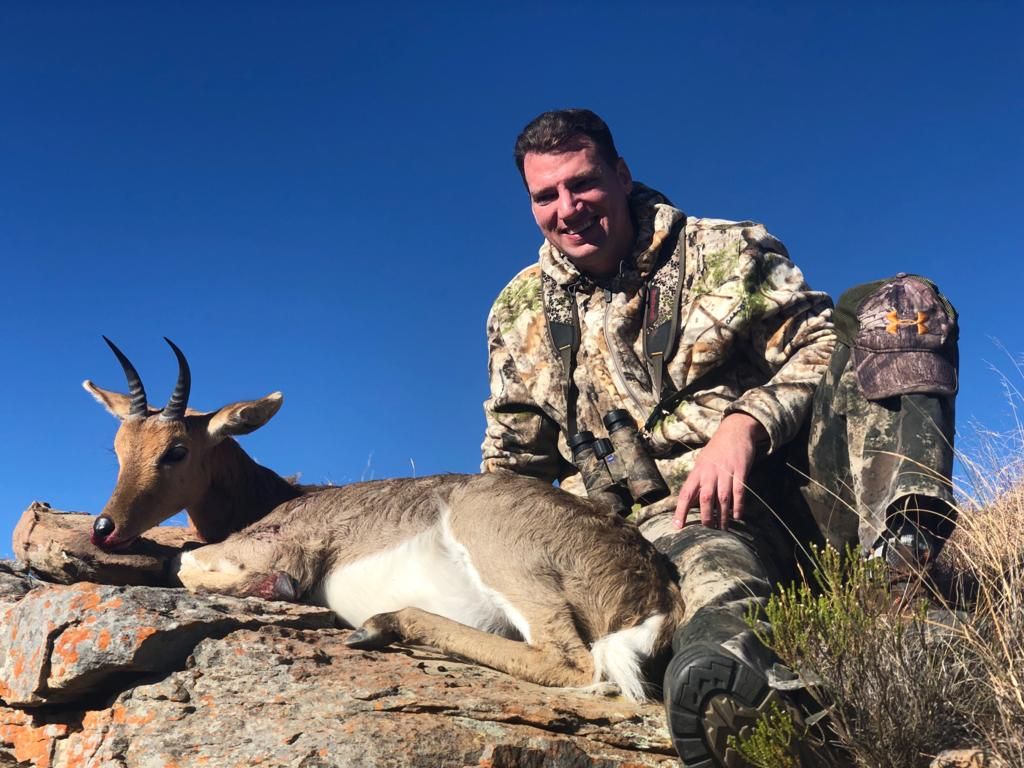 On our way back to the lodge we spotted some springbuck down in the flats, and John managed to hunt a stunning ram!! We went onto the lodge for a quick brunch and then set off into the Winterberg to see if we could find any Fallow Deer. We spotted a group of stags from a long way off, and would be difficult to get close as they were in a very open terrain. After a long, slow stalk we managed to get within 200 yards, and John again put in a great shot!! What a great stag!! 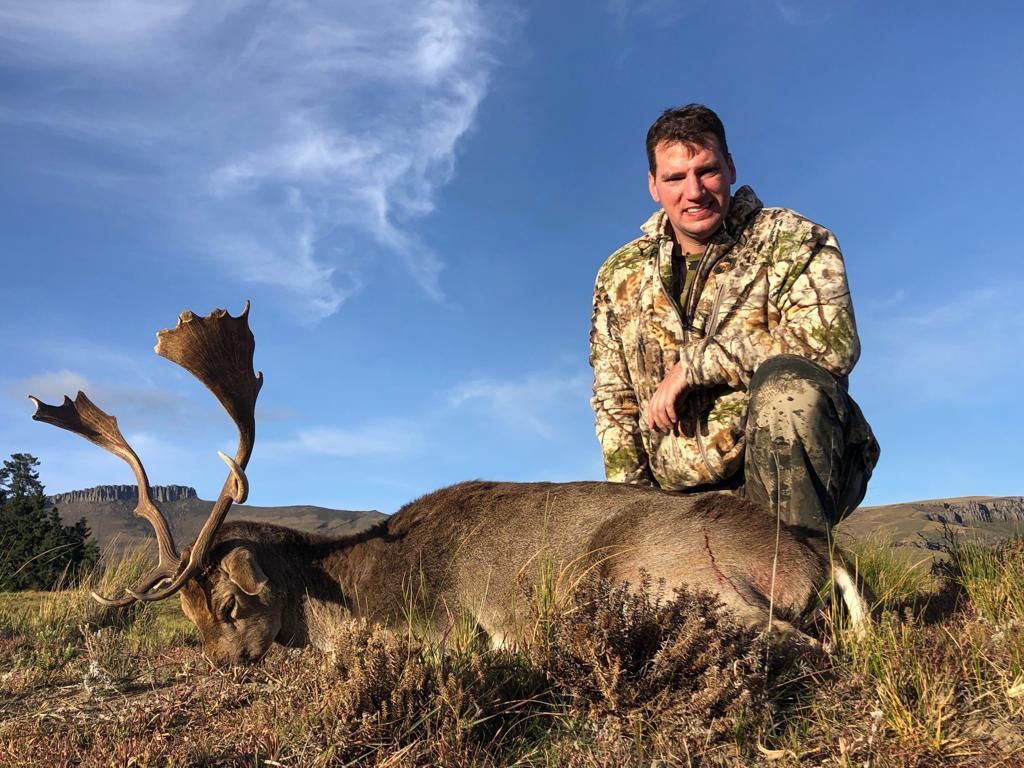 We then decided to leave the mountains and head back to the coastal concession for the remaining day.  We decided to have a lazy start to the last day, as we had been hunting hard in the mountains. After a relaxing start to the last day, we set off to one of the stunning areas of our coastal concession, namely Kenton on sea, in search of a grey duiker. These little guys are known for their speed, and are not easily hunted in open areas. We spotted several grey/bush duiker and put in a good stalk on a great ram, which John took with a Sako 222. Another great shot!!