8th June 2010. Christophe joined us today from France. Unfortunately his two friends Pascal & Francis had to withdraw at short notice. Christophe has kindly offered to shoot their animals for them and looking forward to it. Christophe also has tickets to watch a soccer game as well as the rugby. 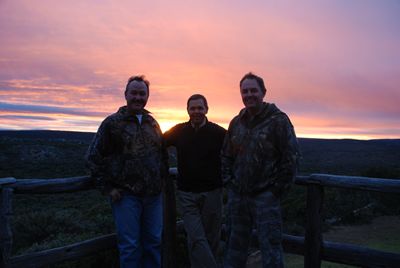 8th June 2010. Our first evening at camp. Dale, Christophe & Ashley standing here in front of one of our beautiful sunsets. The weather forecast not good for the next couple of days but we are ready ! 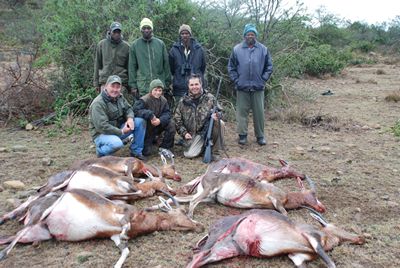 9th June 2010. Braving the cold, wind and rain Christophe did very well to bag these 6 blesbuck on the first morning. 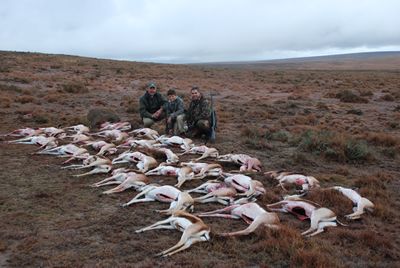 10th June 2010. This morning we headed out early to shoot springbuck on the plains. Again, it was very cold and in unpleasant conditions, Christophe shot unbelievably well to bag 27 springbuck on his own in around 2 hours. This man can shoot ! 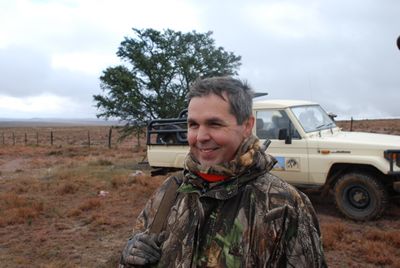 10th June 2010. Here Christophe is seen putting on a brave face after sitting in the cold open flats all morning. 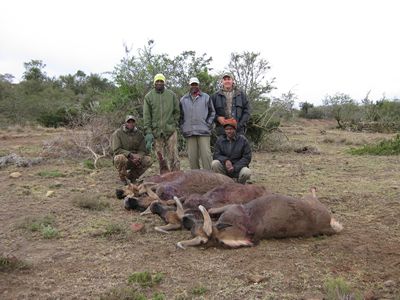 10th June 2010. This afternoon we decided to have a go at some black wildebees. They proved to be a bit more difficult - yet Christophe still managed to bag 4 for the afternoon.

11th June 2010. Hunting the morning for a trophy bushbuck. Saw 7 rams. No luck. This afternoon it's off to the soccer and rugby for Christophe. Christophe returns to join us on the 13th June. 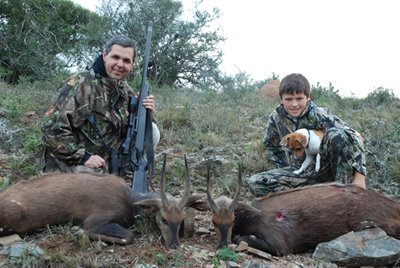 13th June 2010. Christophe is back with us after a dissapointing sporting weekend for the French. This afternoon Christophe shot a beautiful trophy bushbuck ram. A great approach to 4 rams that were eating together. 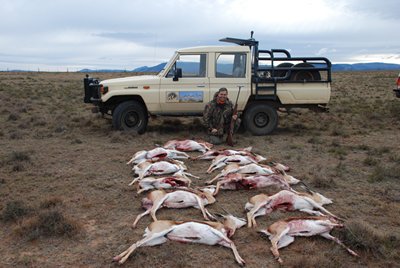 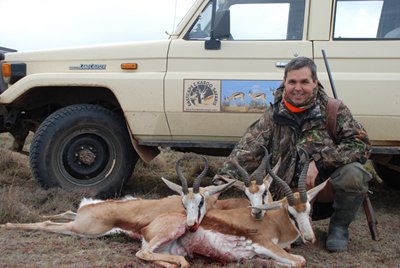 Some good trophies rams in the mix. 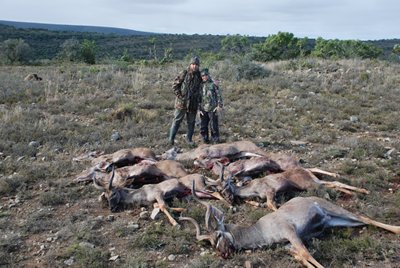 14th June 1010. In the afternoon we did a driven kudu hunt. Very exciting we Christophe shot well to get 6 animals including 2 bulls. 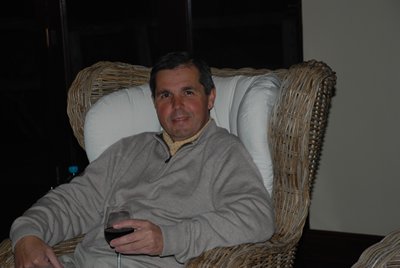 Relaxing after a hard day at the office. 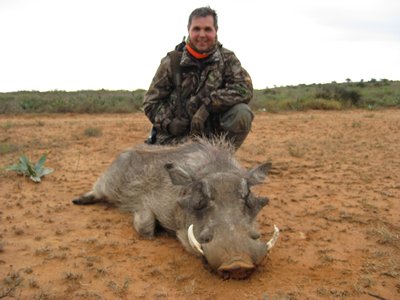 After the kudu hunt we decided to look for a warthog. We made a great approach on this big bodied boar. 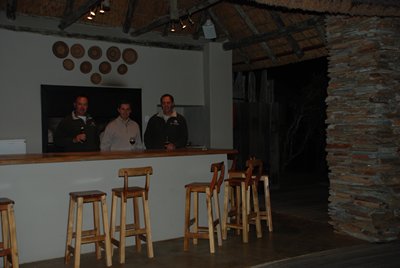 A fitting end to a succesful safari. Thank you Christophe we hope to see you again.